Skip to content
Get Your Own Back Gunge Gameshowadmin2019-12-12T16:28:16+00:00
Childrens TV legend, Dave Benson Phillips brings his gooey Gungetank Gameshow, Get Your Own Back! to an event near you!
Based upon the massively cult CBBC show ‘Get Your Own Back!’ the show features Dave’s stand-up Gunge Tank (from Series One), that can drop up to Twenty Two gallons of gunge!
Enter solo or as teams of two, play Dave’s crazy challenges, eliminate the players until only one team are left staring the gunge tank in the face!
WARNING: THIS SHOW IS VERY MESSY.

The Games played are family friendly and include:

1. Fastest Duvet Game
2. Jaffa Cake Challenge
3. No-Handed Jaffa Cake Challenge
4. First to Burst
5. Balloon Dog Model Challenge
6. You Get Me!
7. See It Draw It!
8. The Mummy Game
9. Benson’s Balls
The Jaffa Cake challenge is the one who can eat the most Jaffa Cakes in a minute, and See it Draw It is a game of giant interactive Pictionary, where Dave picks a subject and the contestant draws it – and each side of the audience has to guess they are drawing – no pressure! The Mummy Game sees an adult wrapped up like a mummy with Loo Roll – with points given for neatness!

Video Highlights from Edinburgh Festival 2015 Get Your Own Back Live 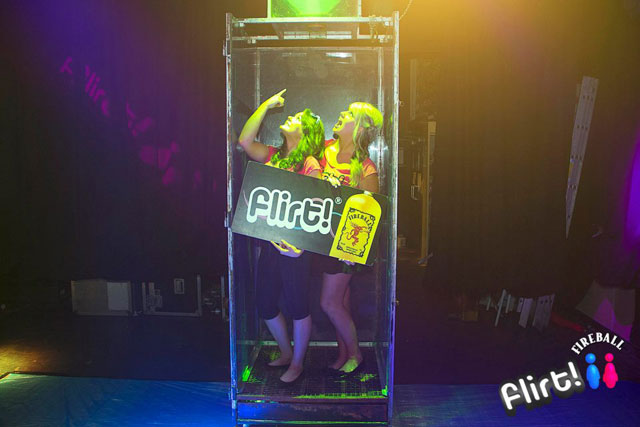 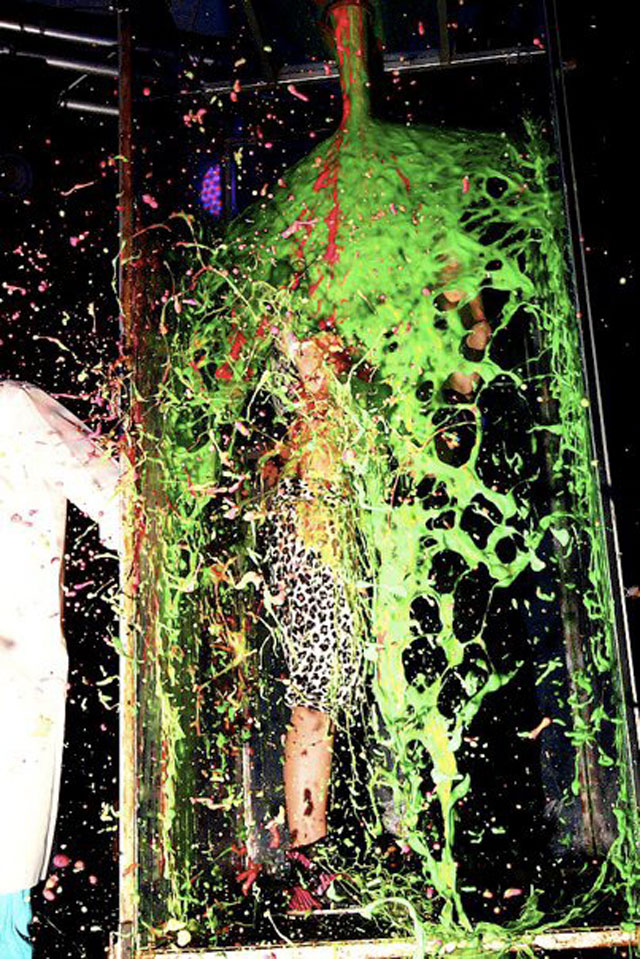 Dave gunges Surrey Uni. Here he is backstage talking about the Gunge show: 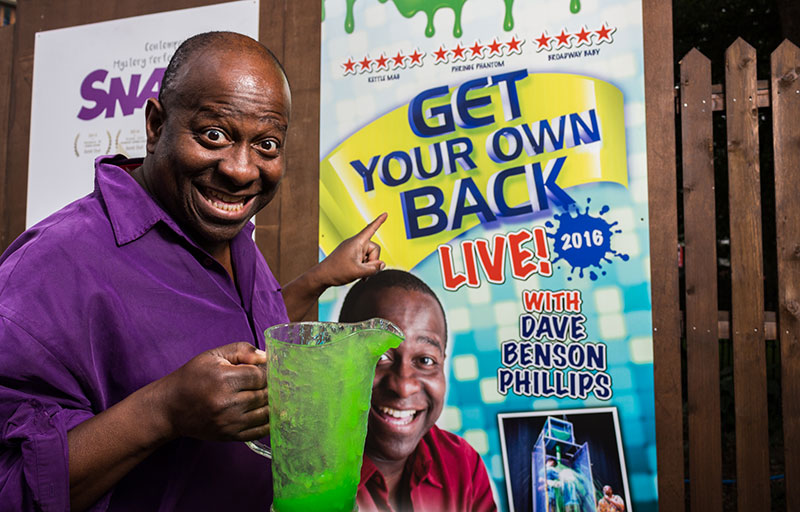